The Volcano Dungeon is a new feature added in World // Zero. It is introduced in the May 11, 2019 update. It introduces new mobs, armors, and weapons to the game as well as a new map to the game

To start off the dungeon, you need a party. There can be up to 5 people in a party. When you join the game, you automatically create a party. You can invite people to join your party by pressing P or going to the human icon. You can also leave your party and join a public party by pressing V and then press "Join a Team" or let another person invite you. Doing this in the Cliffside District rather than the Embersky Jungle's Volcano is much easier and won't use your Waystone Token. Then after you have your party, if you did it in the district and created your own party, you can press V, "Create a Team", and then press start raid. You can change the raid's difficulty by pressing settings and then change the mode. The Normal requires you to be level 18 or more, and Hard requires you to be level 23 or more. If you are doing it in the Volcano, go to the section with the lava wall near the Volcano's Waystone, press F on it, and then press start dungeon. If you beat the final boss, Cerberus, you will see a blue and a red treasure chest on your screen. You can choose either, and be rewarded with a weapon or armor based on the difficulty. You can also choose to open the other chest and get another drop for 25 crystals. The prize in either chest is independently selected. 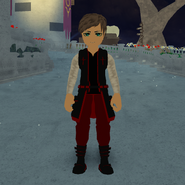 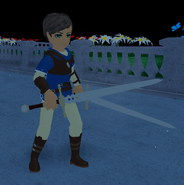 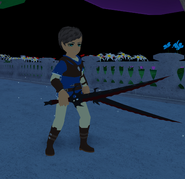 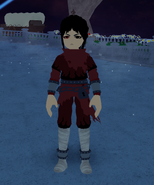 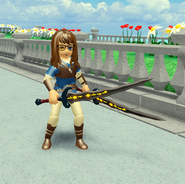 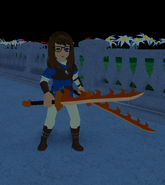 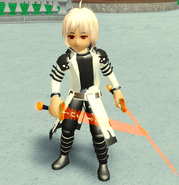 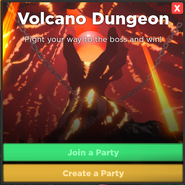 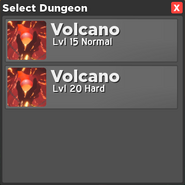 Add a photo to this gallery
Retrieved from "https://world-zero.fandom.com/wiki/Volcano_Dungeon?oldid=3026"
Community content is available under CC-BY-SA unless otherwise noted.